I sometimes get asked if gemstones are a good investment, and if so, how to get started.

The answer varies, depending on what the investors goals are.  For most people not in the gem industry. investment can be broken down into three categories:

Each of these has its own benefits and pitfalls, but the common requirement to be successful in each is Know What You are Doing. Either by research and study, or by getting trusted expert advice.

The attraction of short term investment is to buy ‘a bargain’, currently worth much more than you paid, and then on-sell it to someone at a price closer to its market value.  There are certainly genuine bargains to be had, either through luck, in depth market knowledge, or usually a combination of both.  But for every genuine bargain there are perhaps ten deals that look like bargains, but turn out to be not so good later on.

On the whole, the vast majority of gem traders describe their products honestly.  Out of hundreds I have dealt with in Sri Lanka and Thailand over the years, I don’t think a single one has knowingly sold me something that isn’t what they said it was. But whether it was a ‘bargain’ or not, was completely up to my knowledge that, the very very good, price they offer may actually be twice the going market rate for that particular gem.  Or just what degree of heat treatment it has.  Or just what process was used to give it that particular colour.

When I first began to buy gemstones in Sri Lanka many years ago, I was very fortunate.  One thing that helped was that the country was still fighting a civil war, and apart from UN observers that rarely stepped outside their compound, there were very few westerners, and even fewer looking to buy gemstones.  I was treated very well by the traders I bought from, and was able to get some very good pieces at prices just not possible any more.

The problem for me though, is that as a short term investment, they are useless – because they are so good, I don’t want to part with them.  I would much rather keep them as a legacy asset for my children and grandchildren.

Nevertheless, it proves bargains are possible, even for the novice, but needs luck (in my case) and/or knowledge (which for me came later on).

There is another case too, and that is just to buy the gemstone for its own beauty.  Certainly, that was the basis for all my early purchases.  Because whatever I spent I thought was a worthwhile amount to get a beautiful gemstone.  In this case the monetary return is secondary to the subjective feeling of owning something really beautiful.

As long as the gemstone is genuinely a precious gem, then at some point in the future it will be worth more than the amount paid, whatever that amount was.  Say the market price for a particular sapphire is $1,000, but you pay $2,000.  You have lost out in the short term, but within, probably not more than, ten years,  it will reach the initial value paid, and in 20 years will be worth $4,000, after 30, $8,000, and so on.  The average 7.2% yearly appreciation in value overtakes whatever ‘mistake’ may have been made at the initial purchase.

Even for someone quite clueless, the intrinsic value of owning something rare and precious will be great enough in the long term to overcome the high price they may pay.  To give one example, 30 years ago I bought a diamond engagement ring for, what was to me then, a considerable sum of money – $2,000 – a months salary.  It was bought the most expensive way possible, from a retail jeweler who specialized in engagement rings. Now, the diamond in that ring is worth over $15,000.  So in the cold light of purely and investment, the amount I paid was not so bad.  But in addition to that, I had the pleasure for 25 years of seeing a very lovely diamond grace the hand of a beautiful woman. 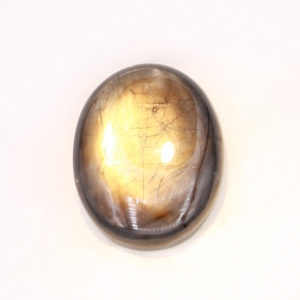 As long as they are the genuine article, buying gemstones with the view to keep them as a long term investment carries little risk.  Of course, if you can get a good price in the initial purchase, all the better.

This is the big one.  The one that is for the benefit of your kids and grand kids, to build an collection that will be a secured asset well into the future.

There are sound investment reasons to do this, but here is just one that I think is a compelling justification.  Say you use your saved cash to invest in property; the ‘buy in’ amount is going to be around $500k at least.  Yes, property will always over time increase in value, but it is not without overheads.  The land price might increase, but the building and fixtures are continually depreciating.  And then there are bad tenants, changes in zoning, and many things that can happen that you have little or no control over.

Consider gemstones on the other hand.  The overheads are minimal.  You may keep them in a safety deposit box at the bank for a trivial amount per year, or in a safe at home.  Insurance is no more than any other asset you own.  The appreciation of the asset is about the same as property, with without anywhere near the overheads and complication, and with complete control over the assets.  Instead of needing half a million dollars to start off, gemstones can be added to incrementally for only a few thousand dollars a time.  Then, should at some point you need to sell, there is the flexibility of selling in small units rather than one big chunk as you would with property.

Whatever the investment type may be, I can’t stress enough how important it is to research yourself or get expert advice from someone you can trust.  The longer the term you plan to invest, the less risk there is, but it is still better to get off to the best possible start.

About my company, SJW Gems: My goal with SJW Gems is to give you the best, most beautiful gemstones I can find, tested in my own lab, at a price far below anything you would expect to pay elsewhere. I try to adhere to my personal motto of ‘twice the size at half the price’.

I only buy stones that I like, and would like to have in my personal collection. So, I am happy to offer my personal guarantee that if you are ever dissatisfied with your purchase from me, for whatever reason, I will buy the stone back from you at the same price you paid.

You can read the history and more information here – http://sjwgems.com/about/

One thought on “Investing in Gemstones”