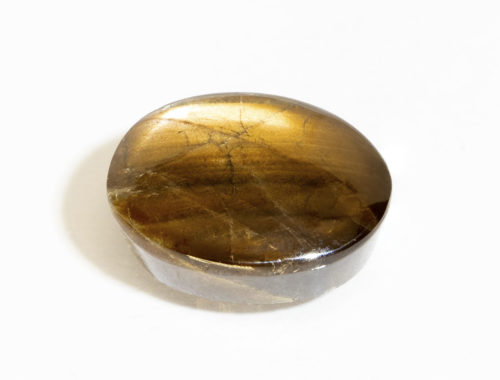 Six certificates were issued by the FIG Bangkok office on 20th November.

The first and second quarter of 2017 have seen some interesting movement on the price of gold sheen sapphire.

The price for top grade stones has increased slightly in Q1 and remains stable though Q2. Meanwhile prices for all other grades took a dip in Q1 and remain constant in Q2, with the exception of the street price of grade 2 stones which improved in Q2.

It seems clear that the market is becoming more discerning, reflected in the willingness to pay for best quality material. The trend has been for increasing sales from repeat buyers, which have exceeded reported sales from first time buyers for the first time in Q1, and continuing into Q2. This is further reflected in the price drop of lowest grade material, where buyers have been able to negotiate pricing based on large volume orders.

Special promotions for new cutting and polishing techniques as well as the introduction of new cut types and increased presence at trade shows have all contributed to fluctuations in mid to high grade pricing.

Typical design styles for men’s jewelry use flat mountings with large(er) size gemstones.  This requires a faceted gem with a larger table size, or flatter cabochon that presents well, which favors opaque over transparent stones.

For example, this gold sheen sapphire ring has a 45ct stone with a 22mm x 16mm table. The faceting picks up brass, copper and gold tones as light plays across the surface.

The rubies in these rings are cabbed from the same piece of rough ruby. In larger sizes, the dark tone with strong saturation is great for men’s rings, yet still beautifully feminine in smaller sizes.